The font of all knowledge

Should you opt for Serif or Sans serif?

The force of habit persists.  Businesses are very conventional and predictable when it comes to fonts.  People want a font that is clear and doesn’t distract from what is being said.  If I suddenly change to a different font you are immediately struck by how weird that looks.  This font ‘Algerian’ would not be regarded as an appropriate font for business because it is flowery and the lines are too thick.
There mainly 2 types of font – serif and sans serif.  Serifs are small added features which are found in Times New Roman and Bookman Old Style and examples of Sans serif fonts would be Arial and Verdana.

In broad terms Serif fonts are regarded as traditional and Sans serif fonts as modern. Books, magazines and newspapers are often printed in Serif fonts as the little tails on the letters draw the reader more effectively.  However for online text Sans serif fonts tend to work better as it gives a cleaner look and is more readable in an online format.  There are no hard and fast rules however and companies must decide which font works best for them.

Fonts form an important part of a company’s Corporate ID, so how many fonts should you have and should you stick to just one?  What appears to work best is to have two company fonts that you use differently – one for print (Serif font) and one for online (Sans serif font).  If you’re producing an article or PR release then it is acceptable practice to do the headline in Sans serif with the body of the text in Serif or vice versa.

So if as a business you have chosen your Serif and Sans serif fonts, then there is nothing to stop you doing something wild with a font on a flyer to attract attention!


Changing your company font will give you a whole new look so if you would like to see what a change of font can do for your business, then please get in touch. 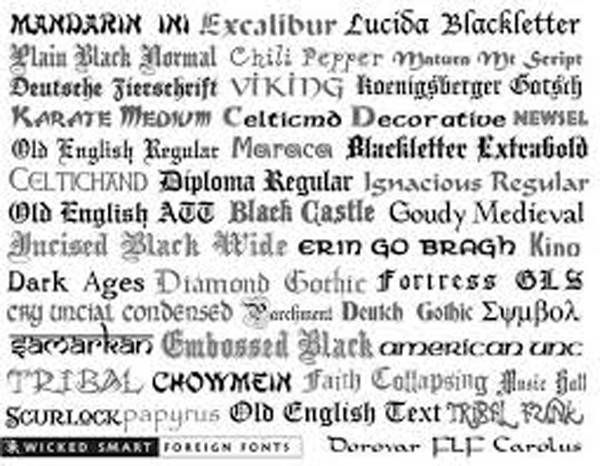 Posted by Source Design and Print Worcester at 05:41 No comments: 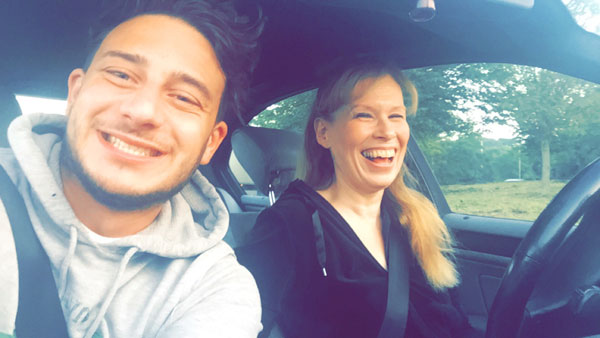 Both Sam and I are very excited to have this opportunity.  Having attended Strictly Worcestershire in May 2015 we are daunted by the task ahead - the standard is very high, worryingly high actually. We don’t have any dance experience and there is a lot of work to do.

At this point I need to mention Dan Munn who is our dance teacher and has the terrible responsibility of turning two idiots into beautiful and competent dancers in the next few months – good luck Dan! We are really so pleased to be working with Dan, he makes each practice session enjoyable and is very patient. 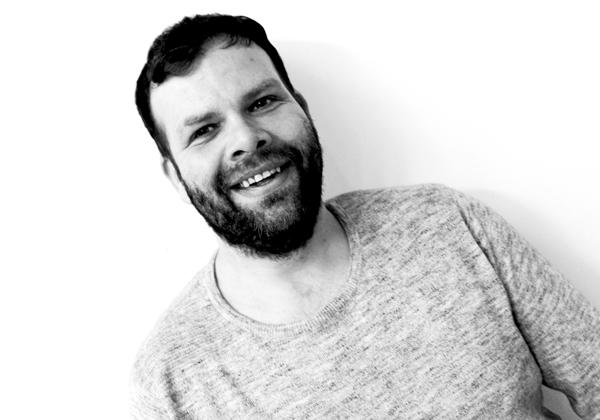 So yes, the hard work begins.  For us it’s not just about dancing it’s about raising money for the two charities that Strictly Worcestershire supports – Worcestershire Breast Unit Campaign and Ladies Fighting Breast Cancer and we have an objective to raise £3000 ourselves in the coming months – we have a few ideas which we’ll roll out in due course.

In the meantime, please join us on Facebook where you can follow our story www.facebook.com/samandclaresw3 and keep an eye on our just giving page as well www.justgiving.com/teams/samandclaresw3

Posted by Source Design and Print Worcester at 09:08 No comments:

See where Clare's passion has taken her 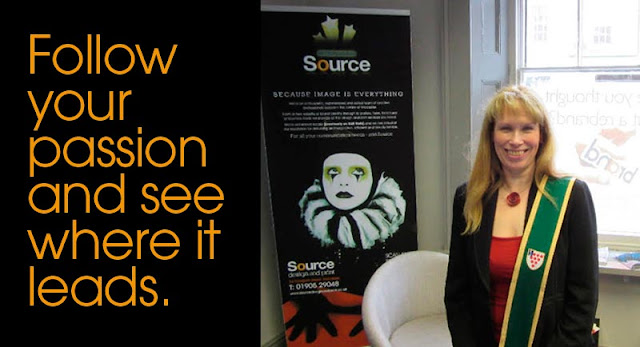 A passion for the Plantagenets led me to volunteer at Worcester Cathedral as a King John guide. The process started back in March when the Cathedral officially opened its fantastic Magna Carta exhibition and hosted an event to mark the beginning of the programme of events that will carry on until October 2016.

The role of a King John guide is to deliver an insightful and informative talk to visitors who are interested in the historical background to King John’s connection with the cathedral and also details about King John as a man, a ruler and how he fitted into the political and religious context of that part of the medieval period.  Although I have a knowledge about the Plantagenets this opportunity has enabled me to explore and study King John specifically and to learn from other guides.
King John was born in 1166.  He was the youngest child and the fifth son of Henry II and Eleanor of Aquitaine, so it was against all the odds that he became king at all.  He was a controversial king reigning from 1166 – 1216, often referred to as ‘Bad King John’ as depicted in the legends of Robin Hood.  His life was largely spent managing religious and political power bases in Europe and keeping the country solvent, so was he judged too harshly?
As part of Worcester Festival which runs from 15 – 31 August Worcester cathedral are hosting a series of events called Discover Something Different.  On Thursday 27 August at 2.30pm I will be giving a talk about King John next to his tomb in the Cathedral Quire.  It would be brilliant if you could come along. The talk lasts for about 45 mins, there is a £6.00 charge and tickets are available from the Worcester Live box office at Huntingdon Hall, or from Worcester cathedral shop on the day.  You can book and pay for tickets by phone 01905 611427 but there is a £1.95 booking charge.
I hope to see you there, all the best Clare!
Posted by Source Design and Print Worcester at 07:58 No comments: 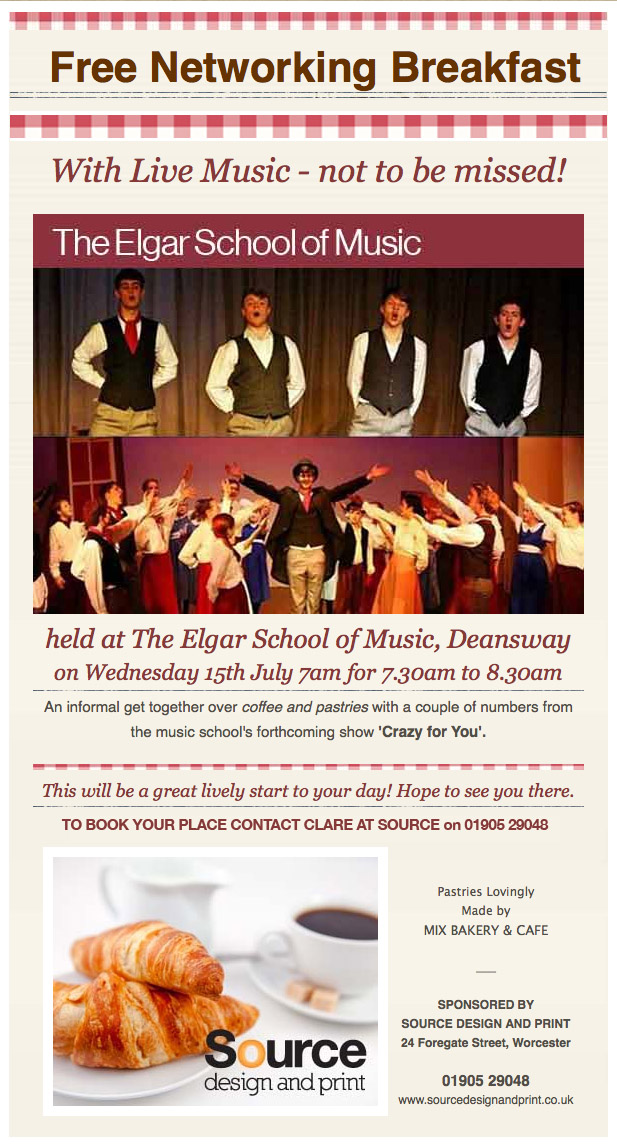 
Posted by Source Design and Print Worcester at 03:58 No comments:

A "Must Have" Gift for You!

Coming at us from all directions are handbag size magazines, handbag size hairsprays, handbag size umbrellas, sun creams, perfumes, hand sanitizers and anything else that gets carted about just in case…..
Here at Source we’re used to precision in measurements, A4, SRA3 etc but this “handbag size” is a new form of measurement made up by the marketeers, in fact there are no measurements, it’s simply a term to describe an item that will fit into a handbag, a bit like “pocket size”, although “pocket size” seems to be the marketing description for male items that get carted about.  So how big is a handbag these days so that you can fit in all the handbag size items?

Let’s take a quick step back to the 50s.  Back in the day the average bag measured 25cm wide and 20cm high, in old money just under 10 inches wide and 8 inches high and the contents were simple – house key, a purse containing cash, a handkerchief, a lipstick and compact.  Fast forward 60 years and the size has grown to average dimensions of 50cm wide and 40cm high (just under 20 inches wide and 16 inches high).  So it’s doubled.
The contents of the average handbag has grown to cover every eventuality that might crop up in any one day.  A typical list of contents goes something like this – house keys, car keys, purse, credit cards, umbrella (it is Britain!), mirror, lip balm, lipsticks, headache tablets and other medications, pens, nail file, glasses, pack of tissues, hand cream, fresh breath spray, snacks, Filofax or equivalent, and so on.  The weight of all of this including the bag is now fast approaching half a stone! It can’t go on, can it?

We don’t know what the future holds for sizes or indeed what the marketeers will come up with next.  However it seems that “handbag size” is here to stay and if there has to be just one more handbag size item it has to be a sweet little wiro notepad from Source, they also come in pocket size.

For your free notepad please contact Source with a request for a printing quote on any type of job from business cards to exhibition stands and a free notepad and pen will be sent to you.

Posted by Source Design and Print Worcester at 09:22 No comments: 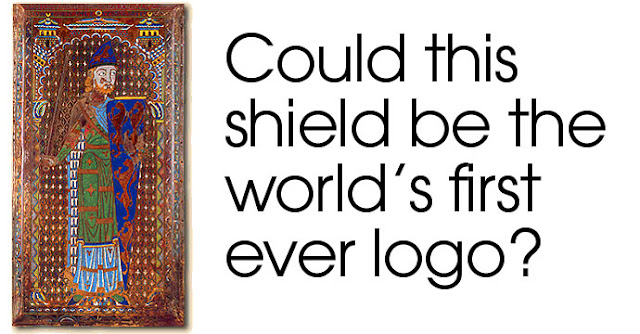 What the medieval knights can teach us about logos and colour .

We’re fast approaching the 800th anniversary of Magna Carta. This Great Charter was sealed by King John in front of his barons in the marshy fields of Runnymede on 15 June 2015. On that day the first seeds of democracy were sown, an incredible legacy from a remarkable reign.

These medieval barons and knights understood so much which still has resounding relevance today.  In the pressure they brought to King John in the ultimate of ultimatums they understood about the need for power, justice, recognition, individual identity and within that the use of symbols and colour.  All of this mattered in the medieval world and was reflected in heraldry.

The origins of heraldry can be traced back to Geoffrey Plantagenet the father of Henry II the first Plantagenet king who was in turn the father of King John.  When Geoffrey died in 1151 his burial was depicted with him holding a shield of gold lions painted on a blue background.  This is widely agreed to be the first coat of arms.

From this point heraldry was born and coats of arms were designed for families, guilds, institutions and of course the crusades.  These coats of arms are rich in symbolism and every single part of the design has meaning packed into it. The colours selected were reflections of core values and passions held dear and they were colours that communicated their connotations.

Literacy levels were low and colour was a powerful way to get a reaction.  Coats of arms were understood from the shapes, the segments, the use of animals, the materials that were used but above all from the colours.  In a way these fabulous coats of arms were early forms of logos and just as much thought was invested in them.

The medieval significance and understanding of colour is echoed today in the meanings of colours which prompt an emotional response and are widely used in the corporate world.  These colours with their heraldic interpretations still carry much of the same meaning 800 years on:

Posted by Source Design and Print Worcester at 05:51 No comments:

Design your new logo first, then design the Website

Why do so many people running businesses get this equation wrong? Your logo, or corporate "identity" will be the foundation for your business and all your media material. The colours and fonts that have been carefully chosen for your logo, will determine the look and feel of your website, its common sense! But strike me down by a kangaroo, the number of times a client asks for their newly designed logo to be "plonked" onto their newly built website that has just gone live and "the web designers are waiting for it."  Please -  if you are thinking of having a new logo consider the website design after the logo has been signed off. Better still give us a call and let us do both, in the right order.
Posted by Source Design and Print Worcester at 08:09 No comments: